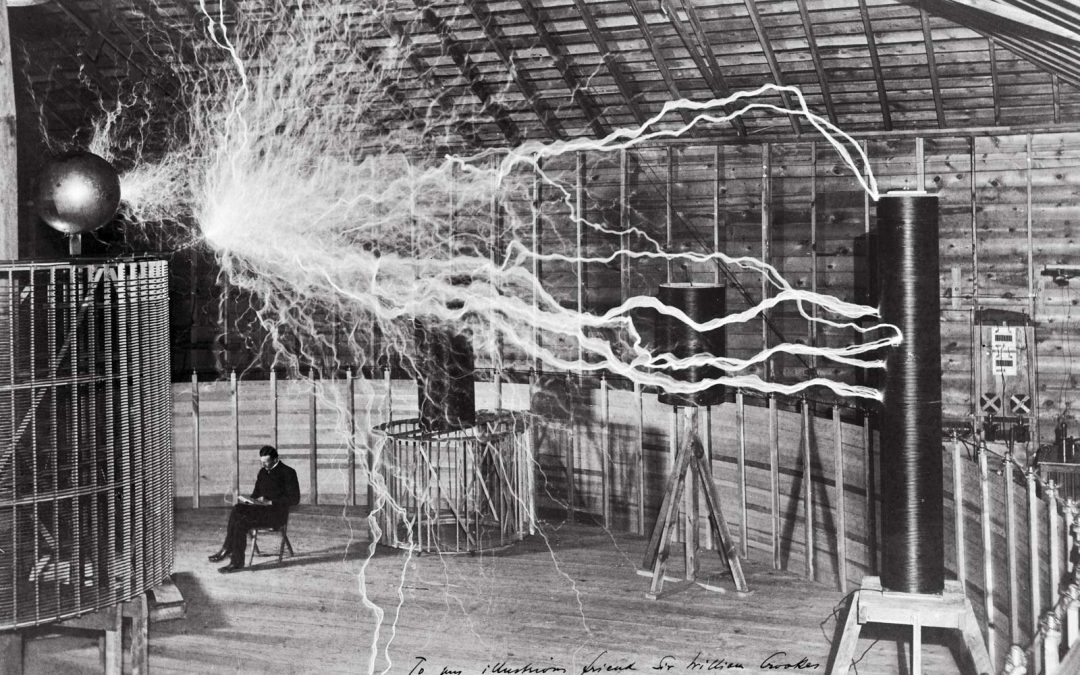 “The person you know as Nikola Tesla – planted a seed. For this he used his strong and transparent connection with Source; a path that he signed up for before birth, to be explored in that incarnation. He was a very direct receiver of information from the Blue print level, which is the information he used to built and construct his inventions. One could say that – he had been less receptive to the common conditioning of his time – he simply saw trough and beyond most mental ‘filters’ and chose to not adopt them – as most people did back then – and still do now on your planet (though this is changing rapidly now).

Nikola’s path was a revolutionary one – though not without struggle. He had been very challenged learning how to handle this information and streamline it into manifestation, and he felt misunderstood by many. Especially in his childhood and teenage years. Eventually he found; that acting on his inspiration, and channeling it into into manifestation by building the inventions that he perceived in his mind, kept him from feeling as if ‘his own inner fuses would blow’. Acting on his inspiration literally helped him to remain balanced on all other levels.

This is no different from what we remind you all of: to ACT on your highest excitement. For it is in the acting that you begin to allow much more apparent shifts in your own evolution and allow in more information and inspiration for even ‘grander’ shifts. Nikola allowed this to occur in his own system and therefore became a channel for humanity to help them remind of what was (is) accessible for all of you.

By channeling this information onto your Earth in his creative projects, Nikola planted a seed. Linearly speaking, one could say that – between then and now – you have collectively watered this seed all along – from the level of your Higher collective subconscious.

And where you are right now – in your space time adventure – though perhaps still underground – this seed has already burst out of it’s shell – grown it’s first healthy roots – and is just about ready to surface. The momentum is undeniable. You have never been closer.

Continue to visualize – act on your own dreams and inspirations – whether these seem connected to the idea of Free Energy or not doesn’t matter. Share with others and speak your dreams out loud with optimism, love and excitement. Choose to KNOW your ‘new’ world will no longer seem to depend on polluting forms of energy-generation – KNOW this because it already happened on another timeline. One that we can see into detail – and we invite you to see for yourselves! One that you are now rapidly approaching. Even more rapidly – when you decide to focus on what is working well in your currently chosen reflection of ‘the world’, and loosen your mental grip of worry on what is not (yet). For this is the watering of that seed in a conscious manner.

We thank you for creating such an exciting journey into your own awakening – on so many levels – and we thank you for inviting us, to be a part of it. ”

You can find out more about which cookies we are using or switch them off in settings.

This website uses cookies so that we can provide you with the best user experience possible. Cookie information is stored in your browser and performs functions such as recognising you when you return to our website and helping our team to understand which sections of the website you find most interesting and useful.

Strictly Necessary Cookie should be enabled at all times so that we can save your preferences for cookie settings.

If you disable this cookie, we will not be able to save your preferences. This means that every time you visit this website you will need to enable or disable cookies again.